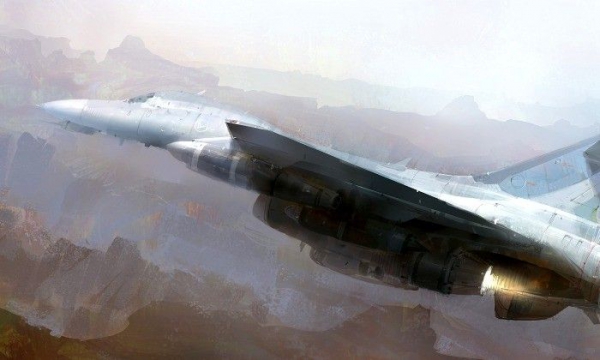 In the Soviet Union remained unfulfilled military project called “Infernal scythe”. A similar instance of the weapon was most unusual in the history of warfare.

For all the weapons of mass destruction that mankind has created over the past century, there is a key drawback. It is but the mass destruction of enemy manpower, spoil him military equipment, including buildings and infrastructure. If the use of the atomic bomb, then for many years even the earth will be unfit for use.

The Soviet Union and China in 1969 was a conflict on Damansky island. The Chinese invaded Soviet territory and received a great response. The Chinese army lost 700 soldiers. Also the victims were 58 of the Soviet border guards. The Soviet army in the battle used the system BM-21 “Grad”. After the border conflict, the military experts wanted to create a special weapon that would have very effectively destroyed the exclusively enemy manpower. So there was the idea of a supersonic aircraft. He had to fly at low altitude and strike down the enemy with shock waves.

Soviet engineers by the end of 1960-ies was able to create an extensive scientific base, which dealt with the issue of supersonic aircraft. Scientific tests have proven that if the aircraft flies above the earth’s surface at a height of 30 to 50 meters, it is possible to create a shock wave of such force that it would bring death to humans and animals due to rupture of blood vessels.

The task of producing a new aircraft engaged in KB myasishcheva. The project was called “Infernal scythe” and the aircraft received index M-25. For such an aircraft was created in large engines in conjunction in several pieces. This was done due to the fact that heavy aircraft is very difficult to achieve supersonic speed in the dense layers of the atmosphere. It was assumed that for the destruction of enemy soldiers, aircraft at an altitude of 50 m, turn on the afterburner and fly over the cluster of enemy soldiers.

Attack air wave had left the mountain of the dead and dying from the injuries of enemies. After extensive calculations, the engineers recognized the issue M-25 impractical. The project was stopped in 1972. The experts considered that in real life open polygons with a large number of enemies, almost never happens. Flying at low altitude of M-25 was very vulnerable to enemy air defense systems.

For “Infernal scythe” required a lot of fuel. His flight with the fast and furious, lasting a few moments, almost completely emptied the tanks, which needed immediate refueling.