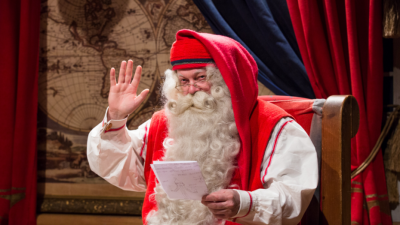 The woman no longer works at the school.

The teacher Cedar Hill school in the us city of Montville told the children that Santa Claus is a fictional character.

She also reported that the gifts for the New Year actually brings not Santa, and parents, and that the fictitious Christmas reindeer, Easter Bunny, tooth fairy and leprechauns.

Many children from confessions of teacher cried. Parents were outraged at her actions and turned to the Director.

“As a father of four children, I understand how sensitive this issue”, – said the Director of the school.

The school administration held with the teacher talk of resignation and made a formal apology to the families of the “victims” of children.

Later it became known that one of the students wrote in their work that Santa Claus is real, and the teacher had to explain that he was fictional, and when the children wanted to learn about other fabulous characters – told the rest of the “truth.”

Stated that now the woman no longer works at the school, however, it is unknown whether she was dismissed at his own request. At the same time, the school inspector has launched on the social network flashmob: photo with Santa and the caption “I believe.”