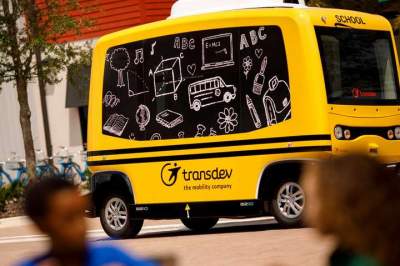 The bus will move around a limited area.

In one of the cities in Florida company Transdev began testing unmanned school bus. He will move offline in a limited area and to transport students between home and school, according to a press release from Transdev. Many developers of unmanned vehicles are convinced that the most promising is their use as public transport.

Most companies in this area create an unmanned passenger vehicles used for taxi services. Some companies develop for the future of public transport unmanned buses. For example, French startup EasyMile produces small unmanned buses EZ10, already applied in different countries, including Japan, the Netherlands and Finland.

Transdev have also applied in your project EZ10 second generation, but used him in an unusual role – as a school bus helping the students of the city of Babcock ranch in the U.S. state of Florida to get to school and back home.

During the test period, the bus will move around a limited area and stay only in specified areas. In the future the company plans to expand the working area of the bus, it can be accessed via an app on your smartphone from any home.