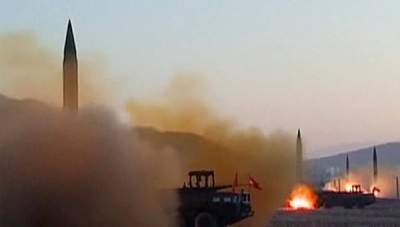 The production of nuclear fuel has not stopped.

North Korea, despite negotiations with the US on denuclearization, continued to produce nuclear fuel and, possibly produced in the last year for enough to add to your Arsenal of seven nuclear weapons. This is evidenced by recent studies of Americans.

In particular, the former Director of the weapons laboratory, USA Siegfried Hecker, one of the authors of the report, told reporters: according to satellite imagery, North Korea’s nuclear fuel production continued for 2018.

According to the scientist, about 150 kilograms of highly enriched uranium, probably allowed Pyongyang to increase the number of weapons in the Arsenal of five to seven units. Therefore, the Arsenal has grown, probably up to 37 units.

At the same time, the report stresses that the freezing of nuclear and missile tests by North Korea with 2017, reduced the overall threat level.

We will remind, in June of 2018 held a historic summit between the U.S. President and the leader of the DPRK in Singapore. Following the talks, the sides signed a joint document, according to which the USA will provide the DPRK with security guarantees and North Korea undertakes commitments on denuclearization.