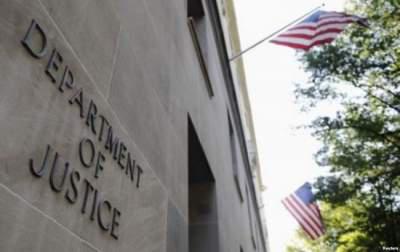 The arrested faces up to 25 years of imprisonment.

In Denver (the capital of the U.S. state of Colorado) has arrested two citizens of Russia and citizen of the United States on charges of trying to illegally export to the Russian Federation of secret technology.

About it reports a press-service of the Ministry of justice.

American law enforcement authorities arrested the Russians Dmitry Karpenko and Alexey krutilin, as well as a US citizen Alexey Baryshev. They are accused of joining a conspiracy to acquire microelectronics from American manufacturers and suppliers and export of high-tech products to Russia.

According to the American Ministry of justice, men wanted to put in RF digital-to-analog converters, integrated circuits, which are often used in military systems of a wide spectrum, including radar and surveillance systems, guidance systems, missiles and satellites.

“The U.S. Department of Commerce, in accordance with the authority granted by the President of the country has imposed restrictions on exports and re-exports of products that could make a significant contribution to the military potential of other countries and the dissemination of weapons and may be detrimental to the foreign policy and national security of the United States,” – reads the statement of the Ministry of justice.

The Department said that in 2015 the profits registered in new York firms BKLN Spectra and UIP Techno Corp., used for the purchase, attempted purchase and illegal export of technology. In case of recognition guilty the defendants could face up to 25 years in prison and a fine of $ 1 million.

Moscow has responded to the arrest of its citizens. Press Secretary of the Russian Embassy in the United States Yuriy Melnyk said that the Embassy finds out circumstances of detention of Dmitry Karpenko and Alexey krutilin.

In turn, Russian foreign Ministry Commissioner for human rights, democracy and rule of law Konstantin Dolgov said that Moscow sent a request to receive official information about the arrest and will seek consular access Karpenko and Krutilina.