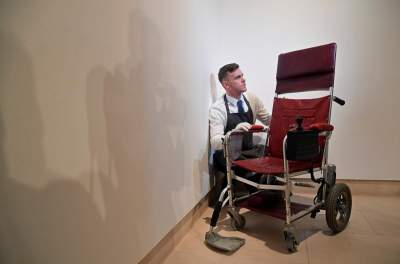 We are talking about a chair with a motor, which Hawking was used in the late 1980’s and early 1990-ies.

Proceeds from the sale of the lot will go to the Foundation of Stephen Hawking and the British Association of motor neuron disease.

One of five known copies of the dissertation Hawking in 1965 with the caption “This thesis is my original work” was sold for nearly 585 thousand pounds (more than 760 thousand dollars).