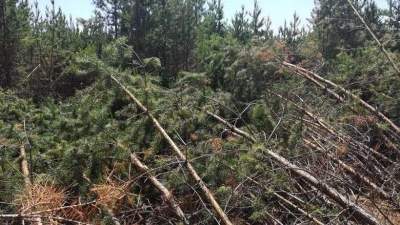 The exact cause of the strange phenomenon remains a mystery.

The inhabitant of Syzran (a town, which is in the Samara region) while collecting berries on the outskirts of the village noticed that some of the trees felled. The man photographed the anomaly and posted on the Internet.

Netizens are now wondering what could be the cause of the phenomenon. According to the eyewitness, the earth is inclined more than a hundred pine trees. Most of them, plus everything was broken. If you look from the air, the trees form a circle. There is also a second pattern formed by the cut tops of trees.

Ufologists have shown extraordinary interest in the anomaly. So, experts believe that the forest aliens landed. If this is true, then why is the government still silent about the incident? According to experts, the authorities 100% know about the existence of “little green men”.

Scientists, in turn, suggested that the trees fell due to the tilt of the earth. The tops of the pine trees could in the cold to harden and later be broken off. Of course, this theory does not believe, as a couple of days ago the trees stood intact. 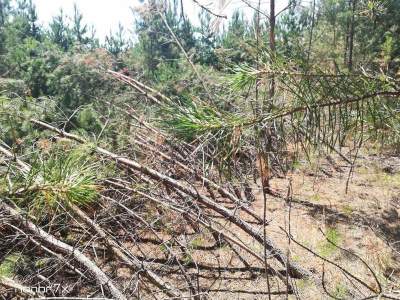