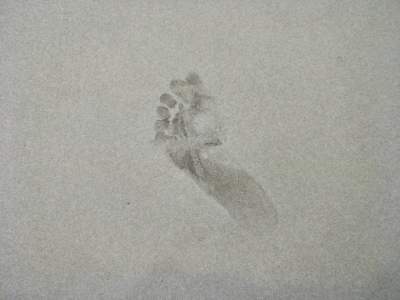 An unusual feature of the prints, no trace of the second leg.

Residents of the Philippines for some time began to notice to clean the floors of shopping centers strange prints bare dirty feet.

Prints are always single and of small size, as if they left a child.

At the same time themselves suspected children with dirty bare feet never seen, and the prints sometimes appeared almost immediately after the cleaners washed the floors.

The most terrible is that sometimes the prints of the feet flat on the floor could count six fingers. 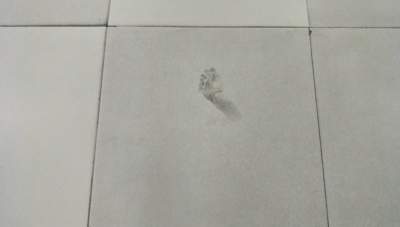 “There’s never prints the second leg,” writes one user tweeted, “And they are always dirty, muddy and sometimes it seems that blood stained. In our Mall, as they say, the left footprint appears every night.”

Strange foot prints likely the Ghost was seen in large shopping centers (malls) in the country, including at the Galeria Victoria Mall, Ocampo”s Ali Mall, Central Plaza Mall and Vista Mall in Balanga which is the capital of the Philippine province of Bataan.

According to user @kyuriiie, sometimes along with the imprint of children’s feet receive the imprint of the adult leg (also single), but if you wipe a dirty thumbprint, he often quickly appears again and the same place. 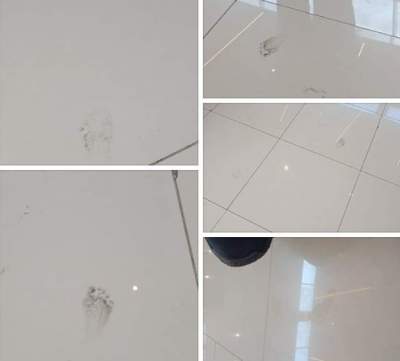 Rumors about the fact that the foot prints left by the child-Ghost, went after the networks had a story of one of the visitors of the Mall. He sat on the bench and looked at a nearby empty chair and screamed “What are you doing?”.

When asked what happened, he said that he had seen in that chair sat a child and his legs were bent at the knees in a very unusual manner. When he cried out, the baby was gone.

In the words of the critics that all of the prints leaves just a grubby child with dirty bare feet, one of the users said that in such malls (where they are called American and visit them very prestigious) the guards would never have let a kid like that and there always carefully follow the procedure. If any child included in the shoes, and then took it off and walked barefoot, his parents would reprimand and about the case would know other people. 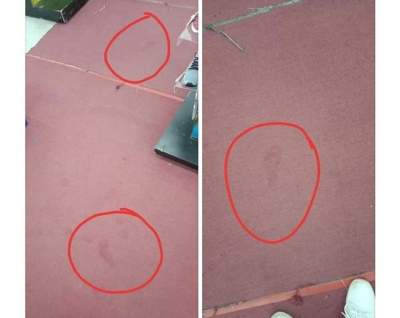 Some of the local ghosts, could leave similar traces? Philippines is a country with a very rich folklore, and in particular there is a large Pantheon of evil forces. Most of all suitable Tiyanak (aka Patuanak or Pontianak) – a vampire is a Ghost, taking the form of a child.

Tiyanak appears when the child dies in childbirth. He loves the baby lying in a secluded spot and cry, cry summons lone travelers. But it’s worth compassionate person to pick him up, he immediately attacks him and drinks the blood.