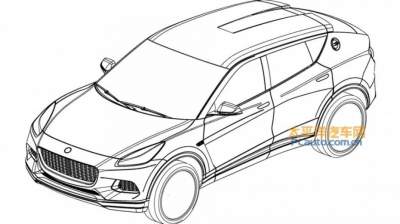 This car has wanted every.

According to the official information sports SUV should fill the brand’s product line in 2020.

In the wide press got the first images of the future crossover of the British brand Lotus. Schematic drawings were obtained from patent documents to the model and allow you to get a General idea about the future model. While there is no data about the car, we only know that it needs to compete with the recognized giants of the premium segment.

British brand owned by Chinese company Zhejiang Geely, so experts predict that the production car will begin in China. CEO of Lotus Cars, in an interview with one of the European automotive publications have noted that within four years the company plans to introduce two new models of sports cars and even two years later – the sports utility vehicle.

The characteristic features of modern cars of the British brand are easy to read even in the schematic images.

According to rumors, the crossover Lotus can have a platform CMA work with Volvo XC40, as the Swedish brand is also owned by Geely. But accurate data will receive only after the official announcement of the model.