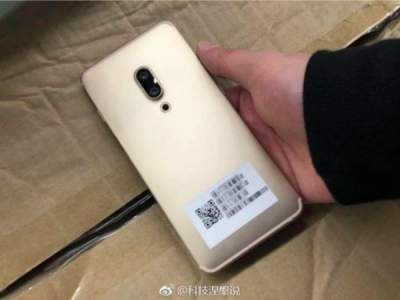 We will remind, in the spring of 2017, the company introduced the predecessor to this device — the Meizu E2.

Last year’s novelty was distinguished by an attractive design and decent specifications. A distinctive feature of the device has a flash built in to the antenna band of the phone.

Today, the network appeared the first render of the Meizu E3. The image shows that the future novelty can be equipped with dual camera which will be located vertically, and the led flash in the form of a circle. It is expected that the smartphone will be equipped with edge-to-edge display.

According to rumors, the accompanying rendering, the novelty will be equipped with a pressure-sensitive push of a button Super mBack, and a thumbprint scanner will be located on the side of the case. Technical specs are still unknown, it is likely that the smartphone will receive one of the future processors from MediaTek, for example, Helio P70 or P40.

The cost of the smartphone may be the same as that of its predecessor of about $ 200.