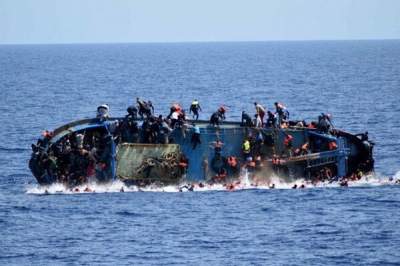 The boat was overturned by high waves.

In the Mediterranean sea from Africa to Europe may 10, drowned at least 65 refugees (local media write about the 70 victims).

Their boat capsized approximately 83 kilometres off the coast of Tunisia, according to the Office of the UN high Commissioner for refugees (UNHCR). It is noted that this is the biggest tragedy of refugees in recent months.

Caught near the scene of the crash boat fishermen rescued 16 people. One victim was taken to hospital. The rest are waiting for permission to go ashore in the port of the Tunisian resort of Zarzis.

According to local authorities, on the boat the vast majority were migrants from countries South of the Sahara desert. They went late in the evening on may 9 from the Libyan port city of Zuwarah to Europe, planning to land illegally in Italy.

As reported by UNHCR according to survivors, the migrants, the boat was overturned by high waves.