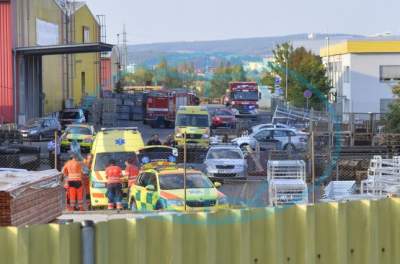 The victims were four people.

Small private Robinson R 44 helicopter crashed and fell on the roof of the warehouse of the industrial enterprise in the Czech town of Pilsen.

In the fall, two passengers of the helicopter died on the spot, for the lives of the other two struggled for a moment doctors, but to no avail.

It is reported that the incident occurred on Wednesday, September 5, at 17:20 local time. Among the victims were three men and one woman, all of them were members of the crew. At the time of the accident was not in stock people, so additional casualties were avoided. On a place of accident are the police and rescuers. Circumstances of incident are found out by investigators.

Informed in Mexico crashed a passenger plane. The plane was carrying 101 people, all of them miraculously managed to survive; however, of the 18 passengers were hospitalized arriving doctors.