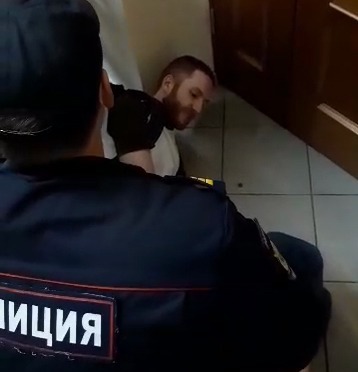 At a polling station in St. Petersburg, the police broke the hand of the correspondent of “media zones” to David Frankel when attempting to remove it from the ballot. He said this Znak.com.

“A police officer with the number 009175 tried to remove me from the site and broke my arm. Now I put the bus,” reported Frankel.

As noted in the motion “Observers of Petersburg” at the station along with the police were “suspicious observers”. One of them was the correspondent on the leg and then grabbed the injured arm.

Yesterday at this site the independent Commission members with a decisive vote refused to provide documentation about the already voted on amendments to the Constitution.