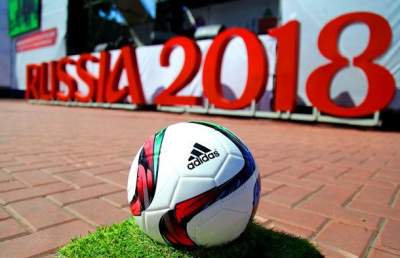 From June 14 to July 15, 11 cities of Russia will take the main football event of four years.

The start of the world championship will kick off at 18:00 Moscow time at Moscow’s Luzhniki match between Russia and Saudi Arabia.

Participation in the Russian world Cup will feature 32 teams from five continents of the world. The largest representation is traditionally in Europe, delegated to the tournament of 14 teams.

The participants of the group stage of the 2018 world Cup:

The world Cup favorites mentioned: Brazil, Germany and France. Until recently, this list included Spain, however, the scandalous resignation of head coach Lopetegi Helena a serious blow to the chances of “Furia Roja”.

The world Cup traditionally is considered in the context of the struggle for the “Golden ball”. Before the start of the world Cup favourite status held by the leader of the national team of Portugal Cristiano Ronaldo, on account of which the victory against real Madrid in the Champions League and the title of best scorer of the tournament. Good chance to roll Ronaldo from the throne have Neymar, Antoine Griezmann and Lionel Messi, but without the outstanding performance in Russia to compete with the Portuguese, they will not.

Ukrainian team in the qualifying round at the last moment missed the national teams of Iceland and Croatia, but because the world Cup will feature only the Premier League clubs. “Dynamo” has sent to the tournament Croatian defender Josip of Pilarica, and “miner” are Tyson and Fred, which from 1 July will officially become a player of “Manchester United”.

On the territory of Ukraine live stream all the matches of the 2018 world Cup will show the TV channels “inter” and “NTN”.