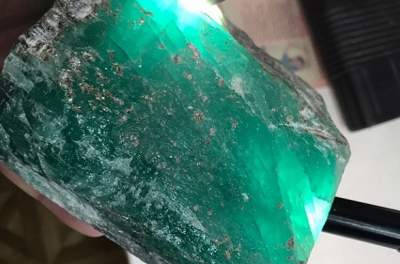 The finding was discovered in the Urals.

As noted, according to preliminary estimates, the cost of translucent light green stone exceeds four million rubles. His name is not given. Like large emeralds find once a decade, experts say.

Precious stone found in the shaft wall at the Malyshev mine.

“Crystal noticed and brought to the surface, preserving it in its original form,” — said the Director of the mine Yevgeny Vasilevsky.

See also: Scientists have discovered a key mechanism of aging

In mid-January in Lesotho in southern Africa was found by one of the largest in the history of the world diamonds. Precious stone in carats 901 (182 gram) was the fifth largest ever found. Its cost may exceed 40 million dollars.