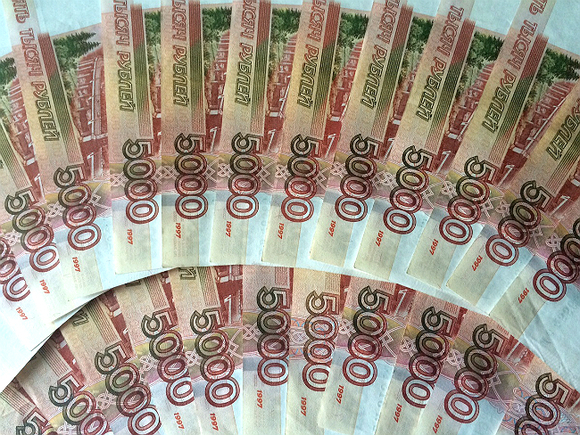 In Russia, the monetary base in narrow definition has increased over the period from 11 to 18 October 2019 45.5 billion to 10 trillion 685,9 billion rubles, follows from materials of Bank of Russia.

A week earlier, the volume of narrow monetary base grew by 56.5 billion to 21.5 billion rubles.

The monetary base in narrow definition includes the released cash (taking into account balances in tills of credit institutions) and balances on accounts of compulsory reserves by attracted by credit organizations resources in the national currency, deposited in Bank of Russia.

Recall also that, according to Rosstat, consumer prices in Russia for the period from 15 to 21 October 2019 rose by 0.1%, after four consecutive weeks of zero inflation, and since the beginning of the current year the figure reached 2.4%.

In September consumer prices in Russia decreased in September, 2019, by 0.2% in comparison with the previous month, in August. While yoy inflation in September slowed to 4% from 4.3% in August.

In 2018, consumer prices in the country increased by 4.3% (December to December 2017), and a year earlier the inflation rate was recorded at the historical low level of 2.5%.

The Ministry of economic development (MED) of the Russian Federation, according to the updated forecast, expects inflation to end the current year at the level of 3.8% instead of 4.3%. For 2020 the increase in consumer prices is expected at level of 3%.

We will add that today following the meeting of the Board of Directors of the Bank of Russia has adjusted its forecast for annual inflation at the end of this year, lowering the rating from 4-4,5% to 3.2-3.7 per cent. The regulator expects that by the end of 2020 the figure will be 3.5-4% and will remain close to 4% in the future.