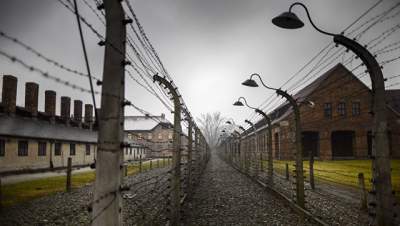 The Polish police detained two citizens of Hungary 30 and 36 years for stealing the original bricks of the crematorium from the Museum of the former Nazi concentration camp at Auschwitz in southern Poland.

The thieves admitted their guilt and voluntarily agreed to the penalty years imprisonment and a fine of 1,5 thousand zlotys (10.5 thousand UAH) for each person.

“Man and woman charged with stealing valuables that are important for culture. Both pleaded guilty. They explained that they wanted something to take with them to the memory and didn’t understand the consequences of their actions,” – said the representative of police of lesser Poland Voivodeship Mateusz Drwal.

The incident occurred on Saturday. One pair of foreigners noticed how the other couple is hiding the bricks from the ruins of the crematorium in the bag and immediately reported it to Museum security on-camp. Therefore, on the scene, the police were called.

Nazi concentration camp in Auschwitz was established in 1940. It had killed 1.1 million people, of which about a million Jews.