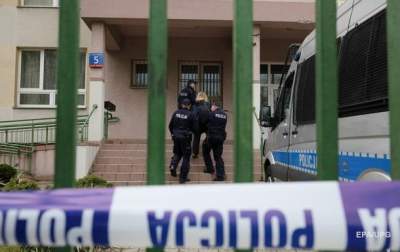 Pole the victim was hospitalized, he died in hospital four days later.

In the West of Poland on the day of Christ’s Resurrection in the evening time around one of the local shops poles fought with a group of citizens of Ukraine.

As informs the Polish radio, in the accident seriously injured a 40-year-old pole, a few days later he died in hospital.

According to eyewitnesses, the Ukrainians began to insult and vulgar to speak to the seller of the store. For a woman stood by the poles, and the fight started. In the scuffle one of the citizens of Poland inflicted a severe head injury. Ukrainians hid in the house close to the store where they were detained by guards.

Pole the victim was hospitalized, he died in hospital four days later. The autopsy showed that the man died due to severe head injury. A friend of the victim said that initially in the fight, four poles fought against four Ukrainians.

The representative of the district attorney’s office claims that the Ukrainians in the struggle, used knives. The court elected for the accused the measure of restraint to three months under arrest. The article about the beating that led to death, to them threatens till ten years of imprisonment.