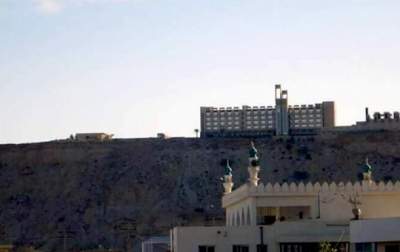 According to media reports, the hotel broke 3-4 armed men.

According to the publication, currently the territory of the hotel surrounded by police, from the area hear the noise of the firefight. According to preliminary information, the hotel has penetrated three or four militants.

In turn, the publication Pakistan Today reports that currently inside the building there are at least 70 people, including about 40 Chinese nationals.

Data about possible victims and injured are not given. Fighters can be heavily armed, specifies the edition.