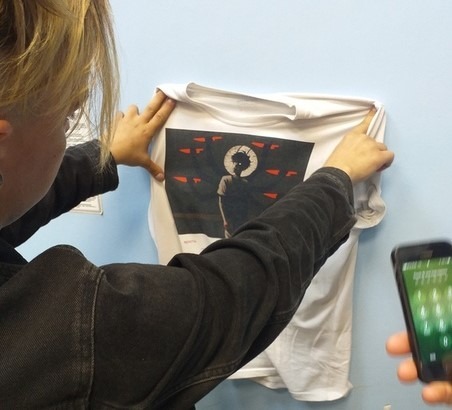 In Novosibirsk Orthodox activists of the movement “forty times Forty” has forced a bystander to remove a t-shirt with a caricature of the Saint. According to them, it happened in the presence of police. Information about this appeared on the page movement in social network “Vkontakte”.

“Today in the metro Area of Marx the young guy politely after passage by the police along with his brother from the movement “forty times Forty” agreed to remove the t-shirt with a caricature of the Saint. Well, with him he had a denim wrap — if you went with a naked torso — you could freeze,” said the group.

What kind of Saint in question the publication does not say. But activists are implying that the caricature was insulting for them. “If without irony — the situation above is an easy echo of the lack of spiritual education in the family, pressure on the minds of youth by the entertainment industry and the inaction of the state. But first of all — indifference of each of us” — according to Orthodox.

According to the newspaper “Taiga.Info” currently, the police conduct an audit in connection with the publication of the movement “forty times Forty”. Coordinator of the movement “forty times Forty” Georgy Soldatov approved the actions of the Novosibirsk activists. According to him, were present during the incident, the police “knew immediately” that it is “on the crime against freedom of religion,” but had no on one of the sides.

Soldatov said that “such abhorrent phenomena” occur in society quite often, but their number declined “after active opposition”. “The trend for using skits, cartoons, vulgarity, in relation to the shrines started around 2014, after the famous shamelessness in the Cathedral of Christ the Savior. In large shopping centers of Moscow began to appear a line of clothing with blasphemy,” — said the coordinator of the “Open media”.