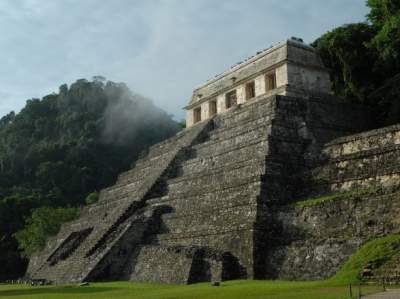 The ceremonial center of the ancient Maya discovered by scientists in the state of Yucatan in Southeast Mexico. About the new opening of the National Institute of anthropology and history said Wednesday the Agency Quadratin.

The age of the center, found in a cave in the municipality of Valladolid, presumably, is not less than 2,3 thousand years. On its territory there were three buildings, constructed well before the Spanish colonization, as well as several burials. Scientists believe that they may rest members of the nobility of the Maya.

The Mayan civilization flourished in the years 300-900 ad, and by the time of the discovery of America was in decline. Its towns and villages were in the territory of such contemporary countries as Belize, Honduras, Guatemala, El Salvador and Mexico.