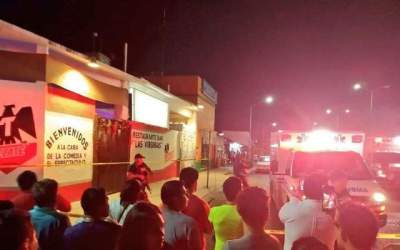 Seven men, 5 women and a child were killed.

In an armed assault that occurred in the Mexican city of Minatitlan, killing at least 13 people.

As reported, an armed group staged an attack on a bar in the town of Minatitlan, on the coast of the Gulf of Mexico. The attack occurred on the evening of Friday, April 19.

According to the representative of the government of the state of Veracruz, the victims of the armed attack were at least 13 people. He added that the motive for the attack is unclear.

“Seven men, 5 women and a child were killed during a shooting near an oil refinery in the city of Minatitlan”, – said the representative.

In addition, according to the official, at least 4 people were injured.