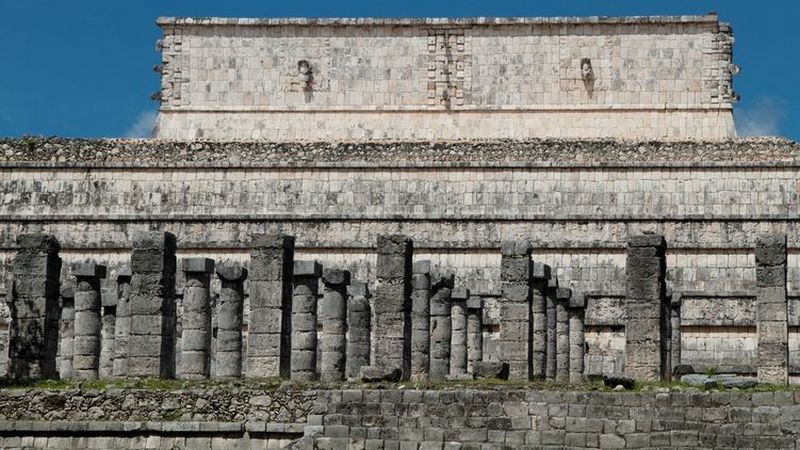 Also found a sculpture of Quetzalcoatl.

In Mexico city during the repairs of departmental building of Monte de Piedad workers discovered the lost ruins of an ancient Palace of the Aztecs, also served as the residence of Conquistador hernán cortés, reports the Chronicle.info with reference to Country.

The remains of the ancient constructions were found during repair work on Constitution square in Mexico city. Workers stumbled upon the basalt slabs, which were part of the open space in the Palace of the Aztec ruler of Axayacatl. The Palace also was used as residence Spanish Conquistador Hernan Cortes after the fall of the Aztec Empire.

That here was the Palace, indicate that the artifacts found in particular two stone sculptures of pre-Hispanic period. One of them depicts the feathered serpent Quetzalcoatl.

Archaeologists say they probably re-used materials from the Palace of Axayacatl, which, like other sacred Aztec buildings were destroyed by the Spanish conquistadors. Axayacatl ruled between 1469 and 1481 years and was the father of Montezuma, one of the last rulers of the Aztec Empire.

Cortes arrived on the territory of modern Mexico in 1518 as the commander of the mission to explore the region to the Spanish colonization. He and his men laid siege to the Aztec capital of Tenochtitlan in 1521. When the city surrendered, the Spanish colonizers destroyed it. The building that now stands on the site of the Palace is a historic pawn shop, built in 1755.