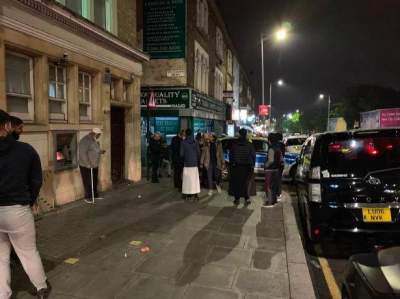 A few months later, after a series of attacks at mosques and Islamic center in the British in Birmingham, was threatened Muslim community London in the mosque Seven Kings sounded shooting.

As it became known, during evening prayers by an unknown man entered at an Islamic temple and opened fire with a pistol. The police are unable to apprehend the shooter, and so now he is wanted.

As a result of incident nobody has suffered. Scotland Yard does not consider the shooting as a terrorist attack, but the believers themselves claim that this case does not prevent them to continue to attend the mosque.

“I pray in the mosque Seven Kings. Our community remains United. It is obvious that the attacker was a tactic of intimidation. But we are not afraid, we will go here in future,” says one of the parishioners.

While it remains unknown whether the attack with the massacre in the mosque of the new Zealand city of Christchurch, where on 15 March, a supporter of neo-Nazi ideas Brenton Tarrant shot the parishioners of the mosque, killing fifty people and injuring dozens more.