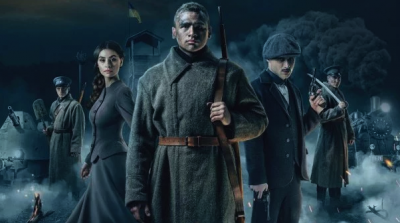 The premiere of the film many times transferred.

In Ukraine celebrate Day of memory of heroes-the students who died in the battle of Kruty in 1918. On the same day, January 29, exactly 101 years in Kiev held a pre-opening night screening of the historic film, which is dedicated to the tragic event.

The premiere of the film was transferred many times and eventually decided that it would take place today, January 29, day 101 anniversary of the battle of Kruty.

The infamous battle near the village of Steep in Nizhyn district of Chernihiv region took place in late January 1918. The battle was about 5 hours between the 4-strong unit of the Russian red guard, led by SR Michael Muraveva and several hundred Kiev cadets and the Cossacks of the “Free Cossacks”. The battle of Kruty became an important link during the events of the Ukrainian revolution, because basically Ukrainian students were able to detain the enemy for 130 kilometers from Kiev. At this time, the Ukrainian delegation signed the Brest peace Treaty, which saved the Ukrainian statehood.

Interestingly, the main battle that occurred near the village of Kruty in Chernihiv region, was shot in Cherkasy.

According to the writer Konstantin Konovalov idea of the film came to him 10 years ago. While writing the script Konovalov studied in detail the memoirs of Overca Goncharenko – the commander, who witnessed the battle at Kruty and described it.

The protagonist of tape Eugene Lam told, what scenes gave him the hardest.

When the shooting took place on the street and it was freezing – it was very difficult. I didn’t feel my body,– said the actor.