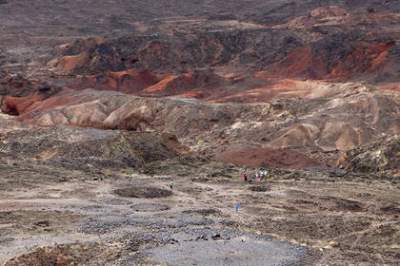 The grave could be based in the company environmental and social change.

As reported by Science Alert, massive, monumental cemetery, the earliest and largest of its kind in East Africa.

In grave under the hill with a diameter of about 30 meters and surrounded by boulders, scientists have discovered the remains of 580 people, and in the tomb were found the skeletons of men, women, elderly and children.

Researchers believe that the burial belongs to the early African tribes of herdsmen. Surprisingly, the fact that people are buried the same, without any differences between and special relationship. Therefore, scientists have suggested that representatives of the tribe lived egalitarian community without social stratification.

It is emphasized that this is not typical for burials, as is often the tribes were of the division into classes.

“This monument is changing our understanding of monumental structures. It demonstrates the lack of connection between monumentality and the emerging hierarchy, forcing us to look for other narratives of social change,” said archaeologist Elizabeth sawchuk of the University of stony brook and the Institute of human Sciences in Germany.

None of the bodies laid in the communal tomb, apparently, was not buried with any preferential or differences, all people were buried with personal ornaments, including stone pendants, earrings and other items, and they are distributed approximately equally across the grave.

It is reported that the local cemetery in the area known as the Turkana basin, used somewhere in the 5000 to 4300 years ago.

The researchers suggest that the tomb could be based in the company environmental and social change.

The excavated area of the cemetery is 120 metres.