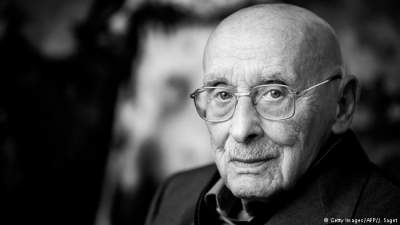 In the USSR, the artist was charged with parasitism and deprived of citizenship.

Florence died on the Russian and French painter Oscar Rabin. One of the main organizers of the famous “Bulldozer exhibition” died November 7 in a local hospital from an acute heart attack, reported the Russian Embassy in the Vatican. In Italy 90-year-old artist came to the opening of its own exhibition, scheduled for 8 November.

Oscar Rabin was born in 1928 in Moscow, studied at the Riga Academy of arts, Studio of Yevgeny Kropivnitsky and the Moscow art Institute. From the Institute was expelled for “formalism”. In the 1950-ies Rabin was one of the founders of the art group “Lianozovo” – one of the most famous creative informal associations in the Soviet Union. It was called “a classic of nonconformism” and “the leader of the Moscow avant-garde”.

Oskar Rabin was an organiser of one of the most famous public events in the Soviet unofficial art exhibitions of artists of non-conformists in Bitsa Park on the outskirts of Moscow. In September 1974, on the initiative of the authorities destroyed it with bulldozers, because of what she called “Bulldozer”. The artist was charged with parasitism and placed under house arrest.

In 1978, Rabin went to France and was stripped of his Soviet citizenship. In 1990, a decree of Mikhail Gorbachev, the Soviet passport was returned to him.

Rabin paintings are kept in Tretyakov gallery, Russian Museum and the Pompidou Center.