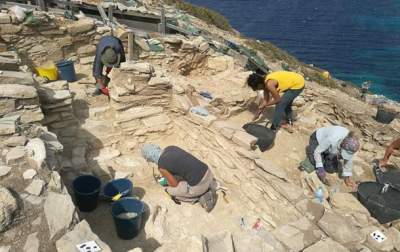 Archaeologists have discovered on the island of Daskalio complex drainage tunnels and metal products, whose age is alleged to exceed 4 thousand years.

On the Greek island of Daskalio, the archaeologists found a sophisticated drainage system and a huge workshop for metal processing. On Wednesday, January 24.

It is noted that the age of these structures is more than 4 thousand years.

Scientists believe that in the third Millennium BC, the builders did on this island stepped terraces, covered with white stone, which was brought from the island of Naxos. It is located at a distance of 10 kilometers from Daskalio. It is the largest artificial structure, built in the Cyclades Islands in the southern Aegean sea.

Also on the island found traces of a network of drainage canals and workshops, where people were metal. In the year 2017 scientists have discovered two workshops, in which were found many fragments of metal, lead axe, moulds for bronze daggers and spearheads.

In addition, fragments of ceramic vessels for melting metal. At the end of the season of excavations was discovered an intact clay furnace.

Because on the island there ore, the raw material probably imported from the mainland.

“In light of these data, we must reconsider what we know about existing ways of sharing” – said the archaeologists. 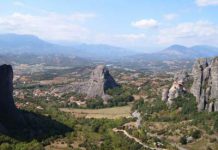 The pearl of Greece: the heavenly monasteries of Meteora