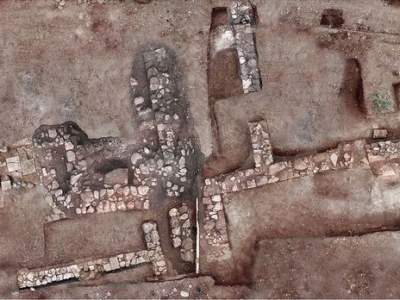 Archaeologists in Greece have stated that they managed to unearth an ancient Greek city Teneya based, presumably, between the XII and XIII centuries BC. This is stated in the message of Ministry of culture of Greece on Twitter.

Archaeologists have discovered the remains of a residential settlement, jewelry, coins, and several graves in the southern part of the Peloponnese. The findings prove that Teneya, the existence of which was known mainly through historical sources did exist.

Excavations in the vicinity of the modern village Chiliomodi began in 2013. First, archaeologists have discovered several cemeteries with Golden ornaments in the graves. During the next phase of the excavation, held in September – October this year, the archaeologists first arrived to the ruins Tenei are fragments of walls, and clay, stone and marble floors. In addition, they found 200 Roman coins.