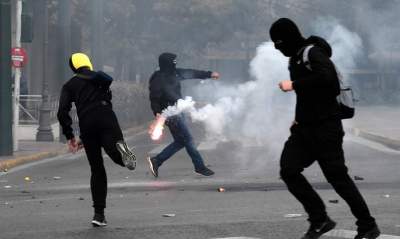 The Central area is already open to traffic.

In Athens during protests against the reform of the education of the Greek youth clashed with police in Syntagma square where the Parliament building of the country.

The incident occurred during the March of students to Parliament demanding the abolition of the bill on education reform.

The encounter ended almost as quickly as it had begun.

In August of this year, Greece has completed a three-year programme of salvation from the consequences of the debt crisis introduced by the Eurozone countries.