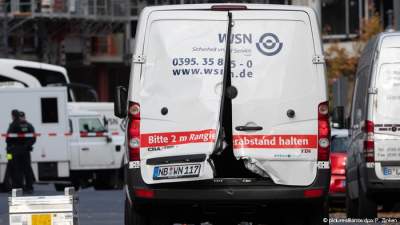 Throughout Germany, from Wednesday, January 2, will strike the collector services. The initiator of the strike – the trade Union Verdi called on to join his stock of 12 thousand workers associated with the turnover of cash and securities.

This strike can cause serious problems for banks and retailers. So, in ATMs that were empty during the Christmas and new year, you can not receive new cash. It is also likely that failures at the withdrawal of daily revenue at Department stores, discount stores and construction markets, warned in the Union.

In turn, the representative of the branch Union of employers said that the supply of cash will not be interrupted. According to her, even in the new year’s eve in the ATMs was taken to a new cash.

Tariff negotiations will continue on January 3 and 4. Representatives Verdi demand to raise salaries for 250 euros per month, and in the next two years to equalize the salaries of collectors in the Eastern States (1800-2400 euros per month without deductions and contributions) and Western (2200-2900 euros).