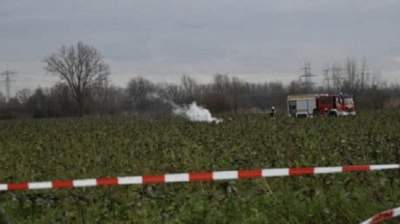 The causes of the incident are being investigated.

In Germany, in the North-West of Stuttgart, a small plane collided in the air with a helicopter, killing 4 people.

This was reported by the local police.

According to police, a plane and a helicopter crashed near Philipsburg, about 100 kilometers from Stuttgart. At the place of accident rescuers work. According to initial reports, four people were killed. The cause of the accident is not yet clear.

We will remind, recently in the UK near the town of Aylesbury in the County of Buckinghamshi faced the helicopter and the plane.

See also: Foreigner took a picture of a man seconds before death

Debris fell close to the famous historical manor Waddesdon Manor in Buckinghamshire, which was built in the late nineteenth century for Baron Rothschild.