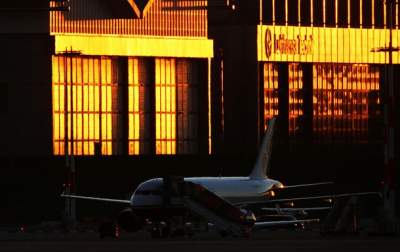 In Hanover at the airport was a mass brawl between Kurds and Turks.

Employees of the air port to separate the fighters. Seriously nobody has suffered.

At Hannover airport the conflict between the Kurds and Turks have developed into a mass fight with the participation of 180 people.

According to preliminary data, the cause was the protest of the Kurds in the terminal as against a Turkish military operation in Syria. Turkish passengers attacked the protesters. Employees of the air port to separate the fighters. Seriously as a result of incident nobody has suffered.

According to the police, against 20 persons were applied sprays. The situation is under control of law enforcement.