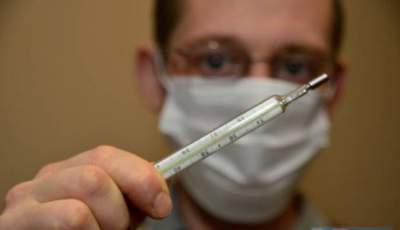 Increases the number of patients, but the epidemic yet.

In Georgia for several days from the effects of the H1N1 virus, or “swine” flu, two persons died.

The Minister said that although the number infected with flu is increasing, Georgia is not on the verge of an epidemic.

“It is important to know the symptoms of the start of the flu and the cases were immediately appealed to the family doctor. While we have two very sad cases, one – in Adjara, the second happened yesterday Kutaisi,” – said Sergeenko.

General Director of the Center for disease control of Georgia Amiran Gamkrelidze said that the H1N1 virus is different severe consequences.

“Today it is widely circulating influenza virus, the H1N1 strain that stands out particularly aggression, in contrast to last year’s strain, H3… unfortunately we already have two deaths, so once again I want to appeal to the public and to encourage to be careful in flu season,” said Gamkrelidze.

The vast majority of people in the world the disease occurs in the form of flu-like illness without complications and goes through the week.

However, there is a severe form of the disease, which is characterized by a rapidly progressive primary viral pneumonia. Unlike bacterial pneumonia, this form of the disease does not respond to antibiotics and in the absence of proper treatment can lead to death within 24 hours after the first signs of complications.

Flu symptoms in most cases: fever, cough, sore throat, runny nose, muscle pain, headache, tachycardia, chills, and weakness. In some cases there may be nausea, vomiting or diarrhea.