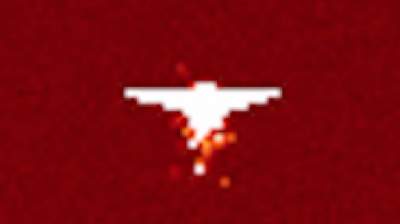 The object appears in the sky.

The last 6 years, scientists have observed occasional object of our luminaries, which is similar to the angel.

An unidentified object was nicknamed “angel”. Experts believe that it is a squadron to intercept other ships of the aliens. This is indicated by the presence of strange circles under the tail of the UFO. Apparently, this smaller alien ships, they are, by the way, have the same diameter.

Why strange UFO appears from the Sun? Maybe he is stealing from the star energy? Or collect some rare resources? Attached above is the video footage of UFO filmed this year, compared with the object, seen in 2012.