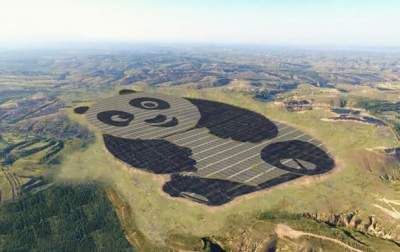 When the plant has a youth center where students can learn the benefits of solar energy.

In the Chinese province of Shanxi started to operate the solar power plant in the form of a Panda.

Power plant of 50 megawatts was opened by the company Panda Green Energy with the assistance of the UN development Program.

The dark parts of the figure pandas are best seen from the height of bird flight. They consist of plates of crystalline silicon, and the gray and white of the thin-film solar plates. Full capacity solar power plant will be 100 MW.

The station also plans to open training center for young people and students on issues of renewable energy sources.

It is reported that Panda Green Energy plans to open several more power plants and eventually to reach production of 3.2 billion kilowatt-hours, which will save more than a billion tons of coal and reduce carbon dioxide emissions into the atmosphere at 2.74 million tonnes.