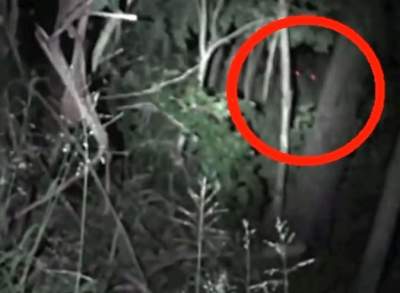 The video was filmed by a local resident.

A few days ago in the Internet appeared the video (see below), which captured a strange creature with red eyes, hiding in the thicket.

It is reported that the video filmed in Australia and the author of the so-called “hunter Yovi”, which has long tracked this creature.

The aboriginal word “Yovi” in Australia called the local equivalent of the Yeti (Bigfoot).

Unfortunately, as often happens with such videos, it was posted very little information. It is unknown where and when the video was made and under what circumstances. Contains only the year 2018.

In the video the green light of the lantern, and almost immediately appears the head of unclear drawings with bright red eyes.

This creature stands on first place, and after a few seconds moving, and obviously that’s not sitting on the tree, the Koala, and something that moves along the ground between the trees. And it’s apparently not small in size.

His red eyes flashed again among the leaves and branches, before it’s gone.