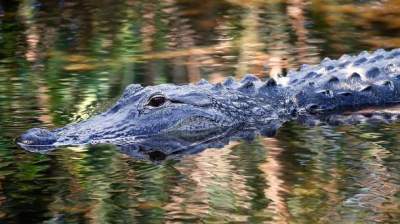 They found a group of scientists.

Dwarf crocodiles in the caves of Gabon develop into new species. Figured it out by scientists from USA, France, Cameroon and Gabon. An international group of researchers came to this conclusion after analyzing the genome of these reptiles.

The cave dwellers have endured for so long in isolation from the rest of the world that have managed to accumulate a lot of genetic changes with each generation more and more distinguish them from other crocodiles of this species. Pretty soon they will have to be considered a new species.

According to scientists, the crocodiles who live in the flooded caves of Abanda is a “mutated species, with special diets completely adapted to life in the underworld”. In particular, the basis of the diet of these reptiles are crickets and bats.

Scientists believe that the dwarf crocodiles of this species is still unable to leave the cave, but only at a young age, while the dimensions allow them to do it. While researchers are not able to understand where lay the eggs of these reptiles in the cave or outside of it. 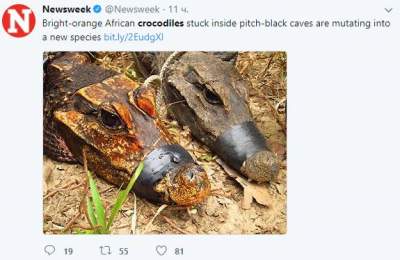