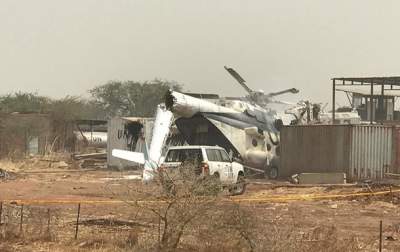 In the accident three people were killed and another ten were injured.

In Africa the crashed Mi-8 helicopter of the air force of Ethiopia. This was announced by the United Nations Interim force in providing security in Abyei in Facebook.

Indicated that the helicopter was heading from the Sudanese city of Kadugli in the border district Abyei, and on Board were 23 people.

“In the accident killed three people. Another 10 were injured, three of them are in critical condition. The victims were taken to a hospital in Kadugli,” – said in the message.