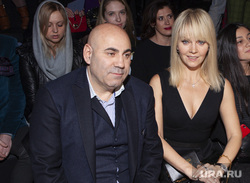 Russian pop stars have started to write statements about “coronavirus” subsidies 12 300 rubles. One of the first statement on payments to the tax office filed singers Nikolai Baskov and Philip Kirkorov.

Many artists live performances opened the SP, in their state of three to ten people. Each of them pop stars can get a subsidy in the amount of one minimum wage (SMIC). Payments are made in the case if the artists-entrepreneurs belong to the “victim industry”, save the team and consistently pay taxes, clarifies the “Komsomolskaya Pravda”.

Nikolay Baskov has filed a claim for payment of the minimum wage on 8 may. According to the website of the Federal tax service (FNS), his statement is in the status of data validation. For payments also addressed one of the three companies Philip Kirkorov — “Phil FO Yu” which sells clothing.

Valeria a statement of payments, wrote on may 28. One of her companies “good Food style”, which is engaged in the restaurant business and shipping products that did not pass the test of tax, as the company cut staff.

Earlier, pop stars joined the conflict which was provoked by his statement the husband of singer Natasha Koroleva Tarzan (Sergey Glushko), who said that the government should help artists instead of seniors and doctors. He was supported by Joseph Prigozhin, but condemned Sergey Shnurov.