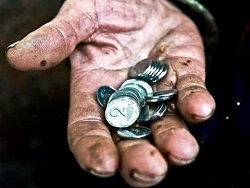 Budgetary policy of the government of the Russian Federation, which increases fees from citizens and businesses for funding of government officials and security forces, will lead to a further gap between the developed economies and the gradual slide into “third world States”.

To such conclusion experts of the Higher school of Economics, analyzing the budget for the 2018-20 biennium, approved by the Cabinet and submitted to the state Duma last week.

In the framework of the plan “life on drugs” announced by Prime Minister Dmitry Medvedev a year ago, the government intends to reduce budget expenditures from 16.9 to 16.5 trillion rubles, but the structure of articles, which are spent collected from taxpayers funds, will remain “frozen”, says the HSE.

38% of all costs or 6,367 trillion rubles will be spent on national defense, police, and the maintenance of the state apparatus, whereas expenditure on education and health in the sum will be less than 6 times (1,064 trillion rubles).

For these options, Russia is moving in the opposite direction compared to most developed countries.”Thus, in the period from 2007 to 2015 the average share of health expenditure in the budgets of OECD countries has increased from 17 to 18.7%, and in Russia during the same period it has dropped from 12.1 to 10.8%. The share of education expenditure in the budgets of OECD countries in the last decade remained at about 13%, while in Russia it decreased from 11.8 to 9.9%,” lead data in the HSE.

“The preservation of existing expenditure priorities will further alienate Russia from the developed countries, and will bring it to the countries of the third world,” – wrote Natalia Akindinova and Andrey Cherniavsky in the “Comments about the state and business”.

The state is counting on a significant increase of revenues from non-oil sector of the economy, but those expectations “are too optimistic”, according to HSE.

The budget includes the drop in oil prices by almost 20% from current levels (up to 41-42 per dollar) and simultaneously accelerate economic growth to rates above 2% with investment growth of 6% per year.

It is “not realistic options”, economists warn that even if oil prices remain in the range of 50-60 dollars per barrel, economic growth will not exceed 1-1,5% – “the slowdown will be due to the continued effect of fiscal consolidation and the persistently sluggish consumer demand, which, in turn, will slow down investment activity.”

Bet on the whitewash of the economy also looks risky, believe in HSE: minimum shadow employment in sectors dominated by monopolies and no competition, and care in the “shadow” of private business – often the only way to stay afloat.

“Despite the declared goals, the current fiscal policy likely contributes to the conservation of the existing structure of the economy than to remove barriers to growth. The expectation is that the planned decline in the share of budget in GDP will boost activity in the private sector, faces a much more serious barriers that impede market forces” – sums up the HSE.