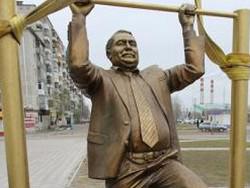 In the Serpukhov city administration actively continues to struggle with the sport! And the whole Saga began after the appointment of Dmitry Zharikov, head of Serpukhov, signatories of the resolution, in accordance with which were eliminated two sports schools, which resulted in the mass dismissal of sports professionals and teachers.

The behavior of the mayor of Serpukhov by Dmitry Zharikov highly puzzling. He pretends that he knows nothing and hears for the first time. Is Larissa Sandakov, head of the Department of sport and wife of the Deputy Yury Bardachev have such a strong influence on the head of the city? And what is this mayor, who allows his subordinates povesti yourself on the voice?

I quote from the letter Zharikova: “When you try to deal with the situation, because a resolution of the mayor No. 1358 from 30.11.2015 did not contain guidance on the dismissal of the entire team of the sports school, I was called by the head of Department of sports L. A. Sandakov and Brando-obscene the look said that she thinks of me and how I continue to do in relation to dismissal of employees”.

Alas, the mayor of Serpukhov is simply nothing to say! But says many facts, documented, directly say that the sports Department of the Serpukhov involved in serious fraud and we are talking about the crimes that provide for criminal liability for persons who committed violations in the form of deprivation of liberty for a term up to 15 years. And in this chain apart are the interests of some members of the Serpukhov Prosecutor’s office and the Department of education of the city. However, surprisingly, the investigation, which could establish the involvement of some representatives of bodies of Prosecutor’s supervision Serpukhov and local education, the General Prosecutor of the Russian Federation and the Federal Almazora is transferred in Serpukhov Prosecutor’s office and the Department of education Serpukhov. In the turn onf actually prefer to stay away, faithful to silence.

What is it? Concealment of violations of the law by senior officials from the Federal ministries or in the ranks of Serpukhov officials originated a new mafia structure, which afraid even the feds?

Well, the reason for encouragement for the officials of the Moscow region and the Serpukhov is — the feds went back to “normal”, it could “wrap” for two months, all to stall, and life is getting better! And how could somehow be otherwise? However, everyone knew that this would happen! But, who said that the Federal government — the final frontier? And what will he last? — now this definitely promised to no one! 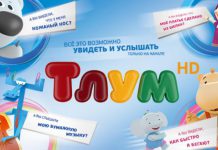 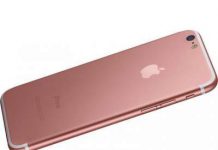 As for Mass Effect: Andromeda impact of the events of the previous parts 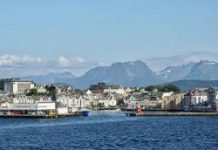 A city named after the fish. Journey through the Norwegian Atlantis 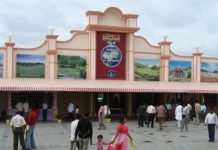 A dream to visit and see: the biggest film city in the world. Photo 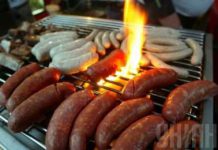