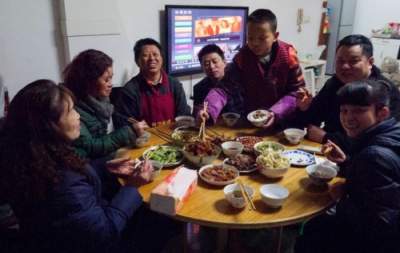 It would seem that may be interesting in the apartment. Apartments do foreigners differ somewhat from ours? Yes and no. On the one hand, all the apartments have something in common: high-rise building, staircase, balconies, neighbors, elevators… But, of course, there are differences that usually occur in the details.

Let’s see, how does the average apartment in China. It should be noted that in China I was ever in a modest one-bedroom apartment of economy class, designed for a single tenant: with a small bathroom and a small room. But today we are not talking about an apartment, and family housing.

Thus, the main distinctive features of the Chinese apartment:

High-rise apartment buildings in China are formed in the blocks. The unit consists of several houses, United by a common architecture and color scheme, as well as being in the same territory behind the fence. The territory of the residential block, usually are several entrances, each of them has guard duty in the booth. On site there is Parking, children’s playgrounds, small gardens with benches. In General, there is everything you need for living and recreation. 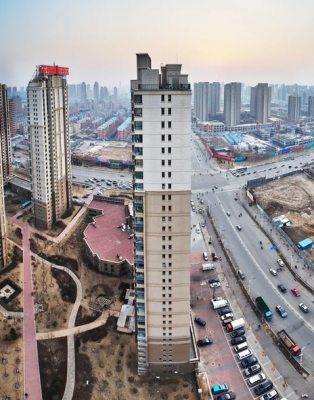 A residential unit. The view from the top. The City Of Shenyang

Outsiders to come here you can’t because they have no key, so the courtyards of housing complexes is comfortable and safe. People sit on benches, play basketball or table tennis, children walking on the platform. Beauty! As a rule, here, inside the complex there are small shops. Often the owners become tenants of some of the houses.

Entering the Chinese apartment you immediately enter the large room, a combined living room and dining room. In the evenings the whole family gathers, where they eat together, chatting and watching TV. 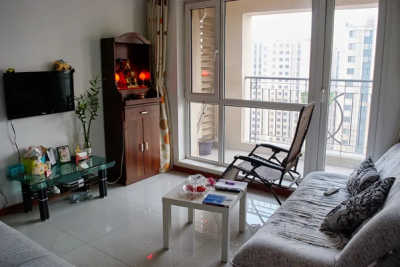 Half the living room. The second half of the behind the scenes

Required attributes – a dining table in one corner of the room; a large sofa, TV and coffee table in another part of the living room. The floor in the living room is usually solid marble or tiled.

In addition to the common living room every, or almost every family member there is a small bedroom, where is also a Desk with a computer, if available. Of course, couples can do one bedroom for two.

Chinese lunch in the living-dining room, so much space in the kitchen for them is not required. Cuisine in China is usually small. Often they are rectangular, narrow and elongated. The whole kitchen is a long counter where the sink, cooker with extractor hood. The chef can move the cooking process along the counter. Here can fit two people. The three of us, perhaps, is not very convenient. 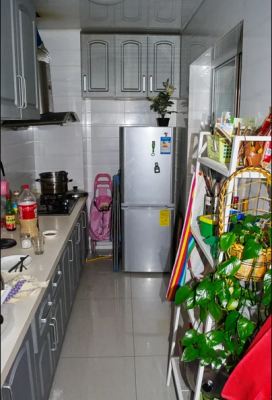 The gas and water.

The Chinese cook on gas. Electric cooker I have not met even once, the Chinese say that it would be very expensive. Centrally in the apartment served only cold water, it heats up already inside the apartment special the boilers. Tap water, people in China tend not to drink. Drinking water is sold separately in large bottles in the store or in the vending machines for water, located on the territory of the residential complex.

As we know, China, mainly warm country. Of course, the climate in North China as well severe, as in Russia. That is why in the North there is Central heating. In Central and southern China and Central heating there, in fact, do not have any. To use air conditioners for heating is a bit expensive, so Chinese people live in winter in cold areas. If you think winters are not so severe that it was impossible to survive without heating, then you are right. You can survive.

But the constant temperature of +5 degrees on the street, at work and home can make your life very uncomfortable. However, the Chinese did not complain, but rather surprised by my complaints. “What’s the temperature now in your city?” they asked. “-30.” “Wow! -30. So what are you complaining about the cold? Do you like it survived at -30!” Yes, but I was constantly at -30. The Chinese couldn’t understand. The heating in the houses for them – an unknown phenomenon.

Bath in Chinese apartments are rare. Usually it’s a shower with a hole in the floor. Yes, the bathroom floor has a hole, so that water can be, and you need to pour directly on the floor. At first it was unusual for me: after all, in Siberia we take a shower, try water not pouring.

Often in Chinese apartments do not have toilets, and there are the usual toilet flush with the floor, as we have in public places. But often there are toilets – this is to give the Western fashion.

This is what I was met in every Chinese apartment, wherever I came to visit. To their friends or to their neighbours. The kindness and friendliness of the Chinese, most often dictated by their curiosity, allowed me to experience their lifestyle, learn their way of life. It was incredibly interesting. And it was interesting to learn something from me. Journey is a very informative event.

So travel not only to places but to people! All great routes and meeting new people!