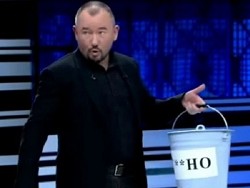 The state Duma adopted the bill providing for the payment of the “First channel”, which according to RBC losing, an extra three billion rubles from the state budget.

The money will be spent on “reimbursement of expenses” related to the purchase of a software product and placing it in the air. With the pertinent documents reviewed by RBC.

According to the explanatory Memorandum to the bill, the subsidy also provides for compensation for “lost profits in connection with the implementation of the current international activities of JSC “First channel”.

In addition, according to Rospechat, the state will help “the First channel” to settle with the Federal state unitary enterprises: “Television technical center” (for services rendered on broadcasting organizations), “Russian television and broadcasting network” (for signal broadcasting in cities with population over 100 thousand people) and the “Cosmic communication” for the communication channels.

In addition, the channel will be able to pay for licenses and contracts for the right to broadcast films and television materials, as well as on their production.

The loss of the “First channel”, as noted by RBC, related to ongoing the second year of the Exodus of spectators, which in turn entails a fall in advertising sales.

As wrote “sheets” in April 2017, “the First channel” did not publish annual accounts, as they have done for the last five years. This is because the company changed the form of ownership open joint-stock company (OAO) private joint-stock company (JSC) and now does not disclose financial results.