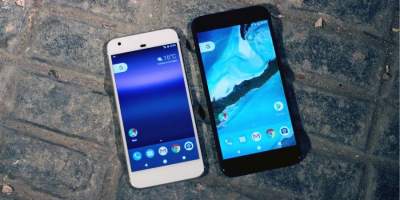 The owner of the phone, which had only one faulty device, can receive up to $350.

Google has agreed to settle a class-action lawsuit filed by owners of the Google Pixel, which stated that the company knowingly sold phones with a defective microphone.

The scope of the claim subject to the Pixel device and Pixel XL, released to 4 January 2017.

Google first acknowledged the problem with smartphones in March 2017, when it was stated that less than 1 percent of phones Pixel is “hairline crack in the solder connection on the audio codec”. This caused problems with the calls and voice assistant. At the same time, the company has said that it will take “additional steps to strengthen the relationship”, but less than a year received a claim from the owners of gadgets.

The maximum amount of compensation of $500 must be paid to anyone who returned a Pixel with a faulty microphone, and then received another faulty mobile from the manufacturer.

The owner of the phone, which had only one faulty device, can receive up to $350. Even the owners of Pixel, which did not have problems with their phones, can get up to $20.

The terms of the settlement of the claim is not yet approved but once that is done, the law firm representing the plaintiffs, will release the instructions on how to apply to receive payment.

This is not the only lawsuit that Google has agreed to settle this year. In April, the search giant agreed to settle the judicial process relating to Nexus devices 6P, with the result that an error has occurred, which could be a problem with the download. In the framework of this trial, Google and phone maker Huawei has agreed to pay $9.75 million