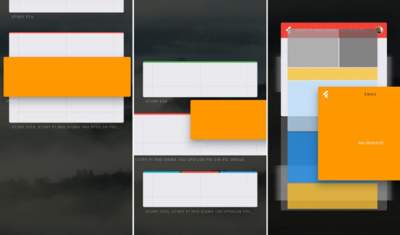 Google began the process of abandoning Android in favor of a completely new OS.

However, a “sore” left, chief among which two complex process of distribution of updates and a weak system of protection, which are daily victims of hackers have become millions of people. Today, 27 April 2018, Google has begun the process of abandoning the old operating system in favor of a brand-new, which is called Fuchsia OS.

A developer from the XDA forum with the nickname forkbomb444, studying the contents of the base AOSP, found a reference to a completely new operating system. He immediately wrote his finding on the forum, and then this information was confirmed by other developers, who even managed to learn some details. As it turned out, Google added in Android support kernel Zircon, which is the basis of Fuchsia OS.

Simply put, Google began the process of abandoning Android in favor of a completely new OS, but there are a lot of questions. None of the experts still cannot even guess how the American Corporation will replace the old operating system is new, because it will have to port all applications and services, and it may take several years. Support in AOSP kernel Zircon may indicate that the “search giant” wants to test the ability to run programs and games from Android, built up over more than 10 years, Fuchsia OS.

If Google will be able to provide 100% software compatibility of the Android operating system Fuchsia OS, then it will save it and developers from many problems. Due to this he will be able to replace the old OS to a new just a few months. The interesting thing is that “the search giant is” investing in a completely new operating system for smartphones, tablets, TVs and any other gadgets impressive sums of money, constantly expanding the staff working on it, but he still has not told the world about their plans on her account.