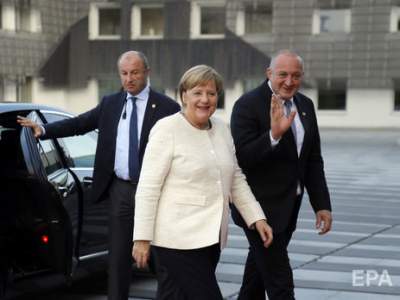 Merkel has repeatedly demanded such.

“We continue to strongly demand the withdrawal of Russian troops, and, of course, 10 years later we support the territorial integrity of Georgia”, – said Merkel.

The German Chancellor said that Germany would contribute to the resolution of an existing conflict. Merkel assured that denounced Russian President Vladimir Putin its position on this issue.

“The President of Russia knows about my position, that is unfair. Tomorrow I will have the opportunity to approach the administrative boundary line, demarcation line, where it is represented and the mission of the European Union. This is injustice, what is happening,” she added. The Chancellor noted that the issue of Georgia and Ukraine should be considered “within the context”.

Merkel arrived in Tbilisi for the second time. The first visit took place on 17 August 2008. 10 years ago the Chancellor arrived for talks with the then President of Georgia Mikhail Saakashvili. The policy was found immediately after the Russian-Georgian war.