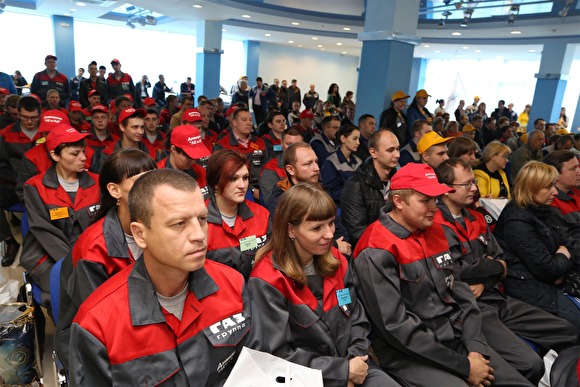 GAZ group of Oleg Deripaska has informed employees about the transfer to a four-day working week from 21 October to 20 April 2020. Discuss it on the forums of employees, writes “Kommersant”.

Employees write that salaried workers will pay in proportion to hours worked, and for the “seldiko” — in proportion to the amount of work. In the notifications received by workers, is called and the reason for this decision. It is the US sanctions and the fall of the market.

In Gaza confirmed “Kommersant” that “in coordination with trade-Union Committee of a possible transition to four-day work week (21 October 2019 20 April 2020) was notified all employees of the group.” The group explained that the deterioration of the situation in the market of commercial transport on the background of negative macroeconomic situation and the impact of sanctions restrictions can lead to lower production rates and the need for introduction of incomplete working week at the group.

Deripaska’s assets fell under the sanctions of the U.S. Treasury in April 2018. Since then, the date of entry into force of sanctions against GAZ group repeatedly postponed and is now scheduled for 8 November. However, earlier representatives of the businessman have successfully negotiated the lifting of sanctions against RUSAL and En+. Now negotiations are underway about the GAS.

While in Gaza, said that the notifications about the four-day — a preventive measure, and the stabilization of the market situation it will not be introduced, “the company will continue to operate as usual”. Otherwise, the switch to part-time work to avoid layoffs and to provide a stable load production, according to the Gas.

According to “AUTOSTAT”, the share of Gas in the segment of light commercial vehicles (LCV) is 40%. Now the group say that the LCV market could shrink by 15% by the end of 2019, after seven months, sales of LCVs fell by 8%.

Negatively on the LCV market, according to Gas, affected by high lending rates, the reduction of state support, inflation, reduction in capital investment, the completion of large Federal construction projects. “All this has a negative impact on purchasing power, declining investment and operating activity of small and medium businesses are the main consumers of komtrans” — say in the concern.

Earlier, Prime Minister Dmitry Medvedev instructed the Ministry of labor until September 30 to submit to the government its position on the prospects of the four-day working week throughout the country — this initiative was made by the Federation of trade unions. Experts, however, tend to believe that the idea is utopian with the current level of the economy. Netizens suggested that “stuffing” such a popular theme is the attempt by the authorities to distract people from the protest riots and other high profile matters.