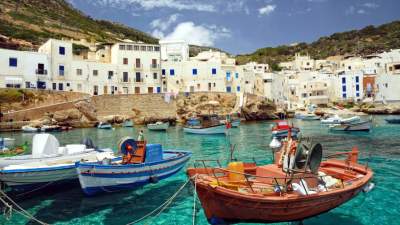 Fly to Italy from Kiev.

Available in a choice of several dozens of hotels. Such information is reflected on the website of the customer, the tour operator Join UP! Partner carrier projected named SkyUp, route will involve the Board B-737-800 NG.

Executive Director Join UP! Dmitry Shorohov in the comments mastertura.сom.ua also added that his company has got guaranteed rooms in local hotels. And the question about the prospects replied that it was for Ukrainians, a new direction is bound to attract tourists.

Such opinion is leaning and the Director for tourism “Artex-94” Sergey Viljanen, reminding that Sicily is more understandable for consumers than some other regions of Italy. “At least, because it causes the characteristic Association of the mafia – the television series “the octopus”… And there are many attractions and beaches, so active sightseeing holiday it is possible to combine with a beach. Do not forget about the active volcano Etna, where else can you see?”, says the source.

At the same time, the expert said that the region has its own specifics. First, Sicily is not such a great choice of hotels and the demand for them is high, so that closer to the season many of them are already full. In addition, some “lame” ratio price/quality: expensive hotels are not always the best. There are nuances and beaches: the island has pebbly and sandy shores can vary the temperature of the water. “But in General, the advent of the Charter flight even more popularitywith the region, as happened, for example, with Calabria,” – concludes Sergey Viljanen.