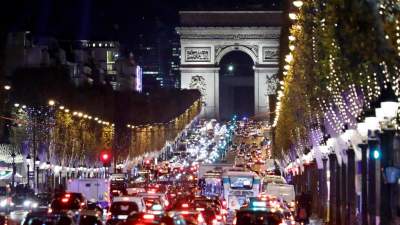 France will deploy more than 147 thousand militiamen and employees of the armed forces to ensure order throughout the country new year’s eve.

In a Sunday statement, the Ministry of internal Affairs reported that strict security measures are required due to the high probability of the terrorist threat and concerns about undeclared protests, the Associated Press reports.

The Paris police said that forms a security perimeter on the Champs Elysees, where the annual light show and celebration on New years eve.

Anti-government “yellow jackets”, dissatisfied with the policy of the President of Emmanuel Macron, are planning to go to the Elysian fields.

The Ministry of internal Affairs said that additional security measures throughout France will be focused in places popular among the General public, public transport, roads and shopping areas.

Previous new year’s eve in France is traditionally accompanied by burning and other disturbances.